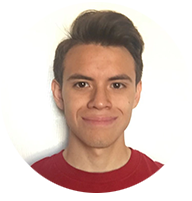 When I was four, my parents told me that we were going to be moving from our tiny two bedroom cottage home to Arizona. My response was clearly that of a naive four year old: I promised my mother I would build her a pool to stave off the Arizona heat. See, the thing is, ever since I can remember I have wanted to be an engineer. I dreamt of attending a prestigious university, becoming a structural engineer, and fulfilling my promise to my mom. However, I knew it would be a long a difficult journey. Four years ago, at the start of high school, I thought I would have to attend whichever school was cheapest, no matter the pedigree. I knew, then and now, that regardless of where I went my own efforts would determine if I would succeed, not the branding on the diploma. I firmly believed that with hard work, I would be able to accomplish my dreams. After attending an event with a Stanford admissions officer, however, my heart was set on none other than the best school in the nation. While I was qualified academically, so were thousands of others. Now, I had to face a new and daunting challenge: the Common App.

My parents were both born and raised in Mexico, and neither had more education than basic grammar school.

While my older sister had graduated high school, she decided to enter the workforce. She did not attend college until I was already in high school, and she began at community college prior to transferring to ASU. No one else in my immediate or extended family applied or attended college of any kind. I attended a middle sized public school from which nearly everyone who pursued higher education chose a public state university or community college. No one ever applied to an Ivy League, or anything similar, so when it came time for me to apply to Stanford, reality quickly set in. I was applying to the most selective university in the nation, and I had no one who knew the process any better than I did. Sadly that year, all the counselors had been replaced, which meant I was entering my senior year with someone who only knew me on paper. I was on my own, or so I thought.

After interacting with Kai for the first time, I knew I would have the support I needed. Even though I didn’t always make it easy for him with our conflicting schedules, he always found a way to help.

I felt like I had someone experienced on my side, who was working with me to succeed. While the immense support I received from my family gave me the confidence to apply, they could not help with the application itself as much as Kai could. He was able to give me the extra knowledge and support that I felt truly made a difference in my application. In particular, he helped me revise my essays to keep them on topic. While my family could help with my voice, he caught the nuances that could have ultimately determined whether I would be spending four years in Palo Alto or Tempe. Kai helped give me a sense of belief that I could apply to and attend a school as amazing as Stanford. As a minority and first generation college student, this was the type of support I needed. I had worked hard throughout school to show I was a capable student for a top tier school, but when it came time to apply, I was out of my depth. CollegePoint helped me regain my footing, and I am truly grateful for the help they gave me in chasing my dreams. I am more than happy to recommend this program to anyone who has similar fears as I did, because I want them to realize that anything is possible. When I opened the Stanford Student Portal on March 25th, I know I did.